Alicante Port Authority, under the commercial name of Port of Alicante, is the public body responsible for the management of the state-owned Port of Alicante located in the city from which it takes its name.

The APA, like the rest of the Port Authorities, is a department of the Ministry of Transport, Mobility and the Urban Agenda and is governed by Legislative Royal Decree 2/2011 of 5th September, whereby the Consolidated Text of the Law on State Ports and the Merchant Marine is approved. This law sets forth the role to be performed by the APA in the fulfillment of the duties it has been entrusted, as well as its organisational structure.

Also, the APS’s Strategic Plan sets its mission and the strategic goals to be achieved in the coming years.

The Port of Alicante is laid out as a port of departure for North Africa, the Balearics and the Canaries. It is the natural departure gateway of Alicante foreign trade for the export of footwear, toys, marble, textile and agricultural production with destination primarily to Europe, America and North Africa. It also constitutes the entry gateway for the import of auxiliary machines and tools for footwear, and agricultural and food products from Asian countries and other European trading partners such as Portugal.

It is equipped with infrastructures and services designed to respond best to the demands of the ship and the goods, and to offer its users modern facilities able to handle and store any type of goods.

The channelling of goods through the Port of Alicante addresses the minimisation of the total distribution cost, which not only makes up the economic cost, but also very much takes into account risk minimisation and time reduction.

Along the same lines, the Port of Alicante is an efficient, safe and competitive port that is focused on the future. It has a highly qualified workforce and a network of highly effective port companies.

Regarding rail transport, it is also connected to the dense Spanish and European rail networks.

The container terminal has direct access to the rail terminal, enabling rapid and fluid rail transportation.

Alicante-Elche International Airport, just a few minutes from the port, has undertaken numerous investments to deal with the region’s significant volume of traffic, becoming an indispensable ally to complete the air connection of the port and of the entire province.

The commitment to drive the competitiveness, attraction and sustainability of Alicante province has led the Port Authority to boost innovation by creating the Alicante PortLab, an open innovation laboratory, in collaboration with the port-logistics cluster, in order to develop a different, open and sustainable model of innovation. 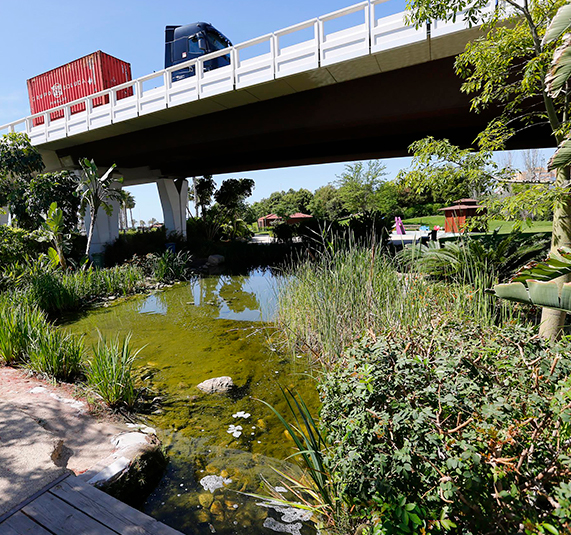 Alicante Port Authority is committed to contributing to the achievement of the sustainable development goals included in the 2030 Agenda and, in particular, of the initiatives agreed for the State Owned Port System as a whole. The implementation of corrective measures, as well as the preventative management of operations according to the meteorological and atmospheric pollution values obtained in real time, have contributed to a significant improvement in air quality. Water quality and management is another priority goal, which is undertaken by carrying out sampling campaigns with water and sediment analyses in all the port wharfs, and also implementing a water usage optimisation system using regenerated water for the irrigation of existing vegetation. Among many other actions, rail facilities have also been adapted to longer trains, in order to drive rail traffic as a more efficient alternative to road transport, especially in its connection with the centre of the peninsula and, in the future, with the Mediterranean corridor.

This website uses cookies to improve your experience while you navigate through the website. Out of these cookies, the cookies that are categorized as necessary are stored on your browser as they are essential for the working of basic functionalities of the website. We also use third-party cookies that help us analyze and understand how you use this website. These cookies will be stored in your browser only with your consent. You also have the option to opt-out of these cookies. But opting out of some of these cookies may have an effect on your browsing experience.
Necessary Always Enabled
Necessary cookies are absolutely essential for the website to function properly. These cookies ensure basic functionalities and security features of the website, anonymously.
Functional
Functional cookies help to perform certain functionalities like sharing the content of the website on social media platforms, collect feedbacks, and other third-party features.
Performance
Performance cookies are used to understand and analyze the key performance indexes of the website which helps in delivering a better user experience for the visitors.
Analytics
Analytical cookies are used to understand how visitors interact with the website. These cookies help provide information on metrics the number of visitors, bounce rate, traffic source, etc.
Advertisement
Advertisement cookies are used to provide visitors with relevant ads and marketing campaigns. These cookies track visitors across websites and collect information to provide customized ads.
Others
Other uncategorized cookies are those that are being analyzed and have not been classified into a category as yet.
Save & Accept
Powered by